Canadians are ready for free trade within their country

Canadians are ready for free trade within their country 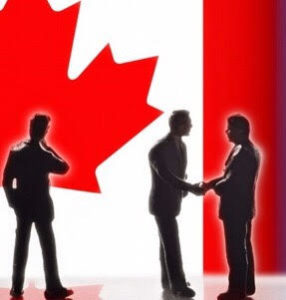 Big things sometimes have very modest origins. When Gerard Comeau, a retired lineman, contested a $300 fine, he had no idea that he was planting the seeds of a legal battle that could end up radically reforming trade within Canada. Yet that is exactly what might happen.

Five years ago, Mr. Comeau was stopped for having brought back to New Brunswick, in violation of an old provincial law, fourteen cases of beer and three bottles of spirits that he had purchased in Quebec. Fined by the police, he refused to give in, and he won his case before the Provincial Court.

After a fruitless attempt to have the case heard by the New Brunswick Court of Appeal, the provincial government turned to the Supreme Court of Canada, which will hear the case in less than two weeks. The Supreme Court will have to decide whether Canadians have the right to transport legally-purchased goods, including alcohol, from one province to another.

Tear down these barriers!

Canadians’ opinions are clear on this point: They believe that they should already have this right. A poll conducted by Ipsos on behalf of the MEI shows that an overwhelming number of Canadians (89%) think they should be allowed to bring any legally purchased product from one province to another.

When asked the same question about alcohol, a very large majority (78%) are of the opinion that they should be allowed to bring any amount of beer or wine from one province into another. Only 8% of Canadians disagree. This is 2017 after all! Prohibition ended almost a century ago. Why should Prohibition-era laws still restrict our freedom?

Canada is perceived around the world as a champion of free trade, thanks to its strong defence of NAFTA, its recent conclusion of a free trade agreement with the European Union, and its efforts to expand free trade in Asia. Strangely, this recognition of the advantages of trade are not reflected inside Canada’s own borders, where many obstacles to free trade persist, despite strong evidence Canadians oppose them.

Even when the justifications that provinces offer for these restrictions are put to Canadians, they don’t buy them. According to the Ipsos poll, very few Canadians think that provincial governments should be allowed to impose restrictions against goods from other provinces to protect their own industries (16%) or to collect more taxes (12%).

One country, one market

Clearly, Canadians understand the advantages of free trade and want to enjoy those benefits within their own country.

The federal and provincial governments’ reactions to the Comeau case, which are to defend these unpopular restrictions, are backward-looking. They continue to miss the opportunity to reaffirm, loud and clear, one of the central ideas behind the Canadian federation: the creation of a true common market. Instead, they have chosen to appear before the Supreme Court against Gerard Comeau in order to preserve a status quo that costs Canadians billions of dollars each year.

The issues at stake in this case are so important for our economy that our three organizations have decided to get involved and make common cause to promote the benefits of free trade for all Canadians, from West to East: the Canadian Constitution Foundation (CCF), the Montreal Economic Institute (MEI), and the Atlantic Institute for Market Studies (AIMS).

That is why the CCF became involved in Mr. Comeau’s defence in the first place, and why the MEI will be standing alongside Mr. Comeau as an intervener before the Supreme Court. And it is why all three organizations will continue to promote the benefits of free trade within Canada, regardless of the outcome of the court case.

That said, we hope that the Court will see the wisdom of the trial judge’s decision, which struck down this obsolete and unconstitutional law and upheld the original vision of Confederation as one country with a single economic market. This would not just be good news for Mr. Comeau. It would be an extraordinary boost to the economy of the provinces—and it would be a wonderful gift for Canadians on the occasion of the country’s 150th birthday.