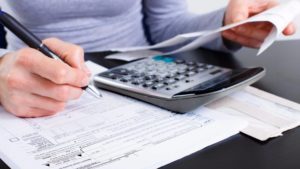 Imagine for a moment you live in Saint John, or Halifax or any other city, town or hamlet in Atlantic Canada. For years, you resisted the temptation to advise your children and grandchildren to move away from the region, even though opportunities—jobs and decent incomes, are in short supply.

Nevertheless, you long encouraged your kin to get an education or become an entrepreneur, stay in the region and give back. Despite the challenges, a few of your children and grandchildren did just that.

For example, perhaps your daughter is a physician with a speciality in pediatrics; maybe your grandson set up a small business—a restaurant, that has done reasonably well. Both would like to pass on any money they can save courtesy of their businesses to their children and grandchildren.

Now along comes the federal government with proposed changes to self-incorporated businesses, which will hit both of these examples—doctors and a small business person, hard.

Finance Minister Bill Morneau and Prime Minister Justin Trudeau frame their plan as an issue of fairness. They argue the ability to legally shelter more income in a company should lessen.

Time for a fact check. While tax simplification is a laudable end, the federal government’s proposed changes to the rules for small business are not designed in a revenue neutral manner. That’s obvious from the prime minister’s recent rhetoric. On taxes, Trudeau remarked that “everyone knows” that “the wealthiest don’t pay enough.”

Will this matter to doctors, small business people and others in Atlantic Canada who are incorporated?

“Yes” and because the region already has some of the highest tax rates in Canada. Those already take a significant bite at every income level. The Morneau-Trudeau plan will only make an existing problem, the region’s high taxes, worse.

For example, let’s contrast just the provincial income, sales and fuel taxes paid by a one-income couple at $75,000 with two children. (I will omit other provincial taxes, or federal ones which would anyway apply equally across provinces.)

Put another way, on just these three provincial taxes, the lowest-taxed Atlantic province is New Brunswick. But the tax bill is still 30 per cent higher than the highest taxed, non-Atlantic province, Manitoba. And skipping the lowest-taxed province, Alberta, the $75,000 New Brunswick family will yet pay double the income, sales and fuel tax bill when compared to the same family in Saskatchewan.

Of note, for businesses in Atlantic Canada, both small and regular corporate tax rates are higher than Canada’s most competitive provinces. The Morneau-Trudeau tax changes won’t ease that burden.

One last fact: In the most recent year for which tax statistics from the CRA are available (2014), and using national averages, those who earned $100,000 or more constituted just 8.4% of all tax filers. But they paid 52% of all federal income tax and 54% of all provincial income tax. The prime minister’s notion that wealthier Canadians don’t their “fair share” is flat-out wrong.

If the federal government planned to reform taxes to make them more efficient, but in a revenue neutral way for every taxpayer, I’d endorse the plan. But Ottawa wants higher taxes, this rather than rein in its spending.

Insofar as small businesses and professionals in Atlantic Canada will pay more, Ottawa’s plan is confiscatory and destructive for a region where everyone already pays far too much in tax.