AIMS President Marco Navarro-Génie discusses the recently-announced immigration pilot project. “More immigration to the region is good,” he writes. “But its success is tethered to retaining workers. We need to straighten out the policies that foster undisciplined spending, push taxation and the cost of living upward, and harmfully reduce competition”.

The continued success of a community depends on reliable demography. In Atlantic Canada, our economic and political problems relate strongly to demographic challenges: in three of the four provinces, more people die than are born. 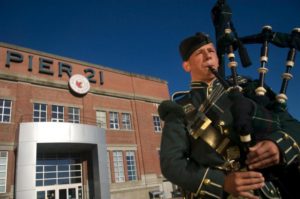 School enrolment has dropped by a fifth across the region, affecting all provinces – a worrying sign for the future base of productivity and taxes. Many young families emigrate west in search of better opportunities. And at the same time that immigration levels have not adequately offset demographic flight, we struggle to retain the migrants we already have.

So as Atlantic premiers and federal cabinet representatives together announce a new effort to bring more people to region, they bring hope for healing the affliction of population decline. Their pilot program, conceived in a recent congress on Prince Edward Island, will accept up to 2,000 immigrant applications to Atlantic Canada in 2017. This should roughly double the number the region now receives.

This project shows that regional governments can agree on priorities and chart a common course of action. It reflects the sort of intergovernmental cooperation that the region sorely needs. It also portends well for economic renewal, products and services, jobs and skills.

Atlantic Canada needs more people, and it is wise to tailor immigration to employment needs. But bringing more immigrants, without fixing the underlying economic reasons for which people leave in the first place, will produce mixed outcomes.

Young native-born Maritimers already leave in droves. New entrants will do the same unless the economy is straightened out now – not a decade, and not in a generation. The landmark Ivany Report, prepared for the Nova Scotia government in 2014, warned of fiscal ruin ahead if the province’s present economic track was maintained. Its conclusions apply to the whole region.

A stagnant population is a barrier to a thriving economy, but so is the policy regime we impose on the economy. Bringing more skilled immigrants to relieve labour needs should coincide with reforming bad policies.

Ironically, many of our young people move to provinces, such as Alberta and Saskatchewan, where fracking is performed. And we accept transfer payments from these provinces to fund our own government services. But taking cash and losing our young workers to these western provinces hardly seems like a good long-term bargain for Atlantic Canada.

The federal government cooperates in the project to bring more immigrants to the region. Yet Ottawa is stalling on the Energy East pipeline that would spark significant economic activity and many well-paying jobs for Atlantic Canadians.

The federal government has also changed employment insurance rules, providing an incentive to young Atlantic Canadians to work for as few as 10 weeks to qualify for six months of benefits. Meanwhile, businesses need labour to propel a 52-week economy.

More immigration to the region is good. But its success is tethered to retaining workers. We need to straighten out the policies that foster undisciplined spending, push taxation and the cost of living upward, and harmfully reduce competition, investment, and growth. Only under these conditions will an immigration spike produce a more prosperous Atlantic Canada.