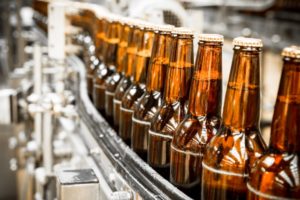 The joke on social media following the Alberta government’s decision to boycott B.C. wine was British Columbians saying, “More for us!” But obstructing trade between Canada’s provinces is no laughing matter, and in the long run means less for all of us.

The dust-up began January 30 as the B.C. government announced its intention to conduct further consultations on the transportation of diluted bitumen in the province. While not mentioning Kinder Morgan’s Trans Mountain pipeline expansion specifically, this announcement directly threatened the federally-approved project, with the company’s shares tumbling 2% as a result.

Alberta’s retaliatory ban on wine from B.C. is made possible by the government’s position as monopoly importer, which continues despite the privatization of alcohol retailing in the province over two decades ago. Earlier, Alberta had announced an end to talks on importing more electricity from British Columbia.

Such tit-for-tat trade fighting might make short-term political sense. B.C.’s Green and NDP parties, who form an uneasy governing coalition, had promised to block the Trans Mountain pipeline expansion during last year’s provincial election, while Alberta’s NDP government needs to be seen to be defending the province’s resource sector if it is to have any hope of remaining in power in its own election next year.

But from the point of view of regular Albertans and British Columbians, such protectionist bickering is lose-lose. Since trade is ultimately mutually beneficial for both parties, the less of it we have, the worse off we all are.

You would think that a country actively courting international free trade deals around the world, from Europe to China, would make some effort to guarantee free trade within its borders. After all, Section 121 of our Constitution states: “All articles of the growth, produce, or manufacture of any one of the provinces shall, from and after the union, be admitted free into each of the other provinces.” It seems pretty clear—and it doesn’t provide exceptions for oil or wine, let alone for provincial political agendas.

But despite this clear wording—and despite interprovincial trade deals, the latest of which was signed with much fanfare just last April—the provinces have persisted in defending barriers that shelter one industry or another from competition. These barriers have kept Canadians from trading freely with their fellow citizens in other provinces for decades, restricting consumer choice, hurting producers, and making us all poorer.

According to a 2016 study by Canadian economists Lukas Albrecht and Trevor Tombe, internal trade liberalization could add $50 billion to $130 billion to Canada’s overall GDP. Using a mid-range estimate of $100 billion, these economic gains represent more than $2,700 per Canadian per year.

The Supreme Court of Canada heard a case this past December in which one side argued that Section 121 has been interpreted too narrowly for the past hundred years or so, and should be applied more broadly and more consistently. That case began when New Brunswick resident Gerard Comeau contested a fine he received in 2012 for bringing back “too much” alcohol from Quebec for personal consumption.

The Court’s ruling, expected sometime this spring, could be a step in the direction of freer trade between Canadian provinces—that is, if it confirms the provincial court’s ruling and finds for Mr. Comeau. Among other things, provincial alcohol monopolies could be forced to open up to interprovincial competition. This would make it much harder, perhaps impossible, for Alberta to ban B.C. wines in future trade wars.

An overwhelming majority of Canadians want such trade openness. According to an Ipsos poll commissioned last November by the MEI, the Canadian Constitution Foundation, and the Atlantic Institute for Market Studies, 89% of us think we should be allowed to bring any legally purchased product from one province to another. Clearly, Canadians understand the advantages of free trade and want to fully enjoy those benefits within their own country.

As for pipelines, the federal government already has constitutional authority over them, and it already approved the Trans Mountain expansion in 2016—after, it is worth noting, extensive environmental review. If the B.C. government insists on digging in its heels in defiance of the constitution, it will be pushing against recent efforts to unite the country, at long last, under a single, common market.

It is time for all provinces, beginning with B.C., to get down from the barricades, and instead dismantle them once and for all.