The bond rating agency bumped up the province’s standing to A1 from A2, with a stable outlook, citing several reasons for its financial assessment.

“The upgrade reflects adherence to a disciplined fiscal plan that is generating annual consolidated surpluses and leading to a significant improvement in the province’s debt ratios,” a Moody’s news release said Wednesday.

The agency pointed to the province’s 2005 decision to use $830 million from the federal-provincial offshore agreement to retire debt instead of spending more on government programs as one reason for the improvement. Moody’s also liked Nova Scotia’s surplus budgets, sustainable transfers from Ottawa and a declining debt-to-gross domestic product ratio.

“We are pleased that our efforts to improve Nova Scotia’s finances have been recognized with a rating upgrade,” Premier Rodney MacDonald said in a news release. “We remain committed to our fiscal plan, which includes the commitment to ensure Nova Scotia’s debt will not grow after this fiscal year.” 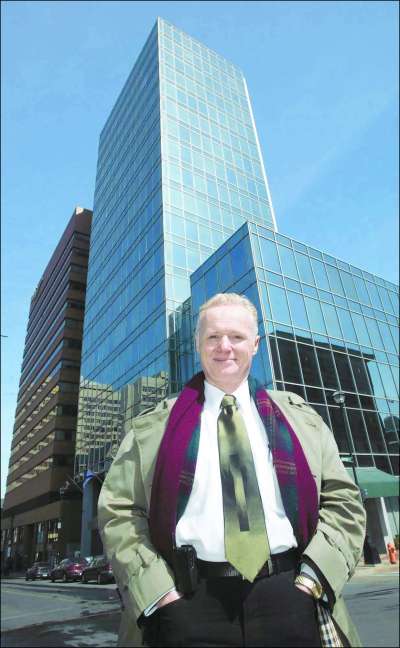 But economist Brian Lee Crowley of the Atlantic Institute for Market Studies said the news isn’t as significant as the premier would like voters to believe.

“It only shows there’s been progress,” he said. “That’s not the same as saying the province has done a sterling job of managing public finances on behalf of the taxpayer.”

Mr. Crowley said the interests of bond rating agencies aren’t always in sync with what’s best for taxpayers. The ratings are to advise bondholders on the likelihood of getting their money back based on the ability of the province.

Mr. Crowley criticized Mr. MacDonald’s plethora of public spending in the lead-up to announcing a provincial election earlier this year and the province’s decision to put subsequent offshore oil and gas earnings into general revenue. The money would be better used for reducing debt, which would make it easier for the province to attract further investment and increase spending on social programs, he said.

Mr. Crowley also pointed out that some rating agencies don’t even agree Nova Scotia has balanced its budget in recent years.

“They’re moving very sparingly compared to the room they have to move,” Mr. Crowley said of the governing Tories. “They could have improved the position of Nova Scotia’s finances significantly compared to what they’ve done.”