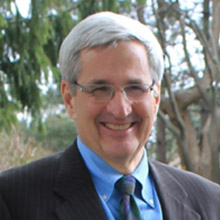 Mr. MacKinnon will take stock of the challenges facing Atlantic Canada, specifically Nova Scotia, and talk about what we can do to change. He has written extensively on our regional dependence on transfers, and how we can develop our economy to change this approach. He will also touch on our healthcare challenges, as healthcare continues to be a major issue of public policy, and the largest line item in most budgets.

Mr. MacKinnon is a frequent commentator on Canadian fiscal issues. He has spoken to audiences across Ontario and his work has appeared in the Globe and Mail, the Toronto Star, the National Post and many local newspapers across Canada. He has also been a guest on The Agenda on TVO, the BNN and other national public affairs programs.

Mr. MacKinnon is a native of Prince Edward Island. He was awarded a Bachelor of Arts degree (honours economics) from Dalhousie University and an MBA from York University. He was also awarded a Centennial Fellowship by the Canadian Imperial Bank of Commerce and York University to study at York, Harvard and Oxford Universities as well as the European Institute of Business Studies.

He currently serves as Treasurer of Quinte Health Care, a four-site community hospital in Eastern Ontario and is a Past Chair, West Park Healthcare Center, a Toronto rehabilitation hospital. He is also a member of the boards of the Canadian Standards Association and Loyalist college in Belleville. In the past, he has served as a Governor and Chair of the Finance Committee at the Ontario College of Physicians and Surgeons.