We are very grateful to all our patrons, sponsors and supporters for helping make our 2017 Chairman’s Dinner on October 11th a bonafide success! Every chair was filled at this SOLD OUT event. On behalf of the entire AIMS Team, thank you to everyone who helped make this happen. See pictures from the evening below: 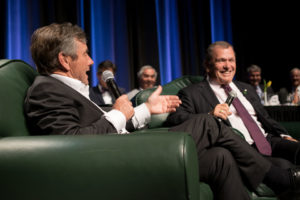 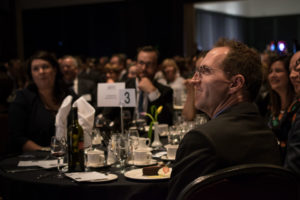 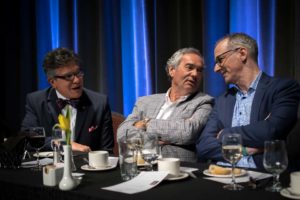 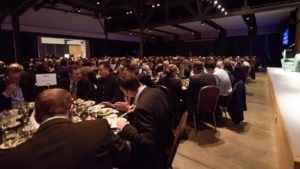 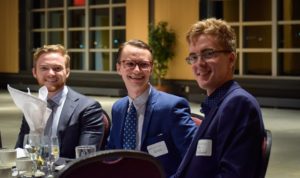 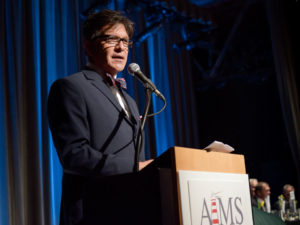 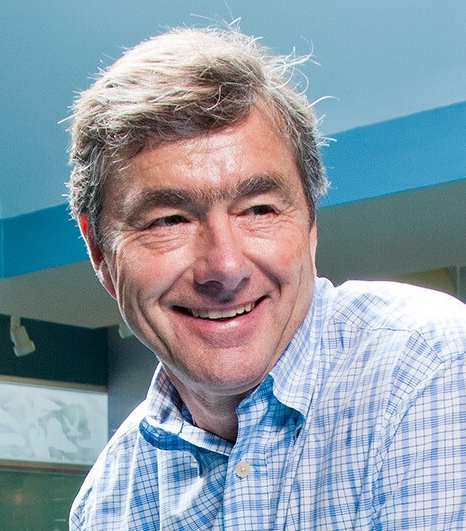 The Annual AIMS Chairman’s Dinner took place on October 11th at Pier 21 in Halifax. The Chairman’s dinner is a major event on the AIMS calendar and offers guests the opportunity to meet many inspiring members of the community and contribute to the Institute. The event is hosted by Mr. John Risley, O.C., Chairman of the Board of Directors. Mr. Frank McKenna, PC, OC, ONB, QC will speak on trade and cross-border issues such as immigration, of course, with the Atlantic Canadian position in mind. 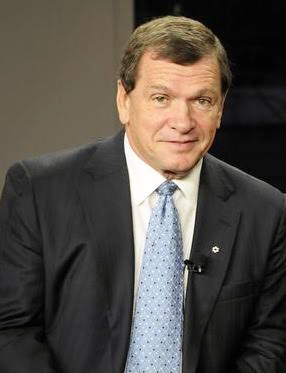 Frank McKenna was appointed Deputy Chair of TD Bank Group on May 1, 2006. He is responsible for supporting the Bank in its customer acquisition strategy, particularly in the area of Wholesale and Commercial Banking.

Frank has held numerous leadership positions in both the public and private sector. For a decade (1987–1997) he was Premier of New Brunswick, having earned three consecutive majority governments, including the historic victory in 1987 of all 58 seats in the legislature. The McKenna government significantly improved the province’s standard of living and quality of life. Among its accomplishments, it balanced budgets, pioneered e-government services, attracted innovative industry clusters and improved educational outcomes. Frank also played a central role on the national stage, where among other initiatives, he became a lead advocate for the Canada-US Free Trade Agreement.

Prime Minister Martin nominated Frank as Canadian Ambassador to the United States of America in 2005, where he was charged to navigate contentious bilateral issues related to trade and security. In 2006, Frank resigned this position upon change of national government.

In the private sector, Frank is in wide demand as a corporate director. Currently he is the Chairman of Brookfield Asset Management and is on the board of Canadian Natural Resources. He has also been Chairman of the Board of CanWest Global and served on the Boards of Noranda, Shoppers Drug Mart and General Motors.

Frank is a graduate of St. Francis Xavier University as well as Queen’s University, where he completed his post-graduate degree in political science and the University of New Brunswick Law School. He was appointed to the Order of Canada in 2008 and is the recipient of ten honourary doctorates.

Frank and his wife Julie have three grown children and seven grandchildren.